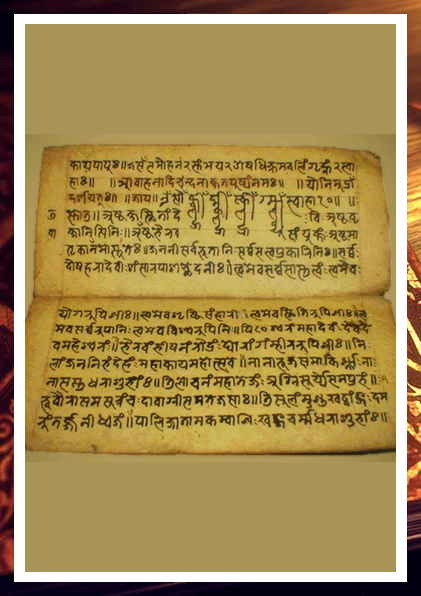 In 1971 Professor V.K.R.V. Rao, the then Minister of Education/Ministry of Human Resource Development (Government of India) and Chairman of the Central Sanskrit Board, planned the First International Sanskrit Conference. The two themes he suggested for the proposed Sanskrit Conference were the contribution of the various regions of the world to Sanskrit Studies and the contribution of Sanskrit to the advancement of knowledge in different regions of the world. This first Conference had to be postponed to 1972.

In close cooperation with Professors V. Raghavan, R. N. Dandekar and other scholars, Universities and Sanskrit Institutions, the first postponed International Sanskrit Conference/ Viśva Saṃskṛta Saṃmelana was held at New Delhi in March 1972, under the joint auspices of the Ministry of Education (Government of India) and the Rashtriya Sanskrit Sansthan. It was during the valedictory session of the Conference that, with the permission of the Ministry of Education, a decision to establish the IASS was taken.

Presidents of the IASS

The IASS expressly thanks the INDOLOGY website and its founder Dominik Wujastyk for hosting the website of the IASS between 2001 and 2008, and the Rashtriya Sanskrit Sansthan and its Vice-Chancellors Professors V. Kutumba Sastry and R. V. Tripathi for hosting it between 2008 and 2012.

STATUTE OF THE INTERNATIONAL ASSOCIATION OF SANSKRIT STUDIES

2. The seat of the association is Paris: c/o Collège de France, 52 rue du Cardinal Lemoine, F 75231 Paris Cedex 05. The Association can be transferred to another place by declaration of the Board.

3. The duration of the Association is unlimited.

4. The Association is a learned society dedicated to the study of Sanskrit in a spirit of international cooperation to promote a wide range of scientific research and its communication. The Association is not aligned with any nation or government, and its business should be conducted independently of any national political exigency or governmental influence. Its purposes are:
a. to promote, diversify, and coordinate Sanskrit studies internationally;
b. to organise World Sanskrit Conferences, usually every three years;
c. to promote scholarly publication of research related to Sanskrit;
d. to foster relations with academic associations concerned with the study of Sanskrit, including the International Congresses of Asian and North African Studies.

7. Application for membership for prospective ordinary members shall be submitted to the Treasurer or Secretary General. Applicants should be students or scholars of Sanskrit. Ordinary members in good standing shall have the right to vote and hold office in the Association.

8. The Board may recommend scholars as honorary members, and the Consultative Committee of the Association must approve them. The same procedure is to be followed for conferring the status of patron. A limited number of scholars particularly meritorious for their services to the Association may be designated by the Board and Consultative Committee as honorary vice-presidents to serve in an advisory capacity.

9. Ordinary members pay an annual fee to the International Association of Sanskrit Studies to remain in good standing.

10. The amount of the annual fee for members of the Association is fixed by the decision of the Board.

11. Every member has the right to resign from the Association.

12. In case of a serious offence by an ordinary member, honorary member, or patron to the honour or legitimate interests of the Association, the Board shall be authorized to suspend or revoke membership of the offending party.

13. The Association is administered by the Board, comprising the President, Secretary General, Treasurer, and six Regional Directors, elected by the General Assembly of the Association. The Board shall be assisted in its duties by a Consultative Committee normally consisting of about 15 members.

14. All elected office-bearers of the Association, including the President, Secretary General, Treasurer, Regional Director, and member of the Consultative Committee should be scholars who have made a substantial contribution to the field of Sanskrit studies, who recognize the international character and purpose of the Association, and who are prepared to foster the fruitful participation of members of any nationality and gender without prejudice on equal terms.

15. Elections of office-bearers in the Association shall proceed as follows:
a. The President, members of the Board, and members of the Consultative Committee shall serve for a term of six years. These positions shall be filled by electoral process as they fall vacant.
b. The President shall serve for a single six-year term. The Secretary General and Treasurer may be re-elected to a second consecutive term of six years. All other office-bearers may be re-elected to a further consecutive term of three years.
c. Election to all offices is by a majority vote of the General Assembly (normally to be held during the World Sanskrit Conference, or through online method if necessary).
d. An Election Committee, consisting of seven members, including the Secretary General and Treasurer, shall be constituted for the purpose of proposing criteria for offices subject to approval by the Board. In addition, the Election Committee shall manage the voting process and communicate the results to the Board with transparency.
e. Nominations of candidates for all offices (President, Board, and Consultative Committee) may be made by any member in good standing to the Secretary General, and must be supported by two other members.
f. Nominees for offices other than President shall first be reviewed by the Board to ensure they meet the requirements and expectations of office. The approved list of candidates will then be delivered to the General Assembly for vote by ordinary members of the Association.
g. All nominations for the office of President (and if required, other offices) shall be subject to review by the Election Committee, who will make their recommendations to the Board regarding the viability of nominees.
h. The Election Committee shall conduct oral consultations with nominees for President in light of the criteria approved by the Board.
i. The Board shall, based on the recommendations of the Election Committee, and with the advice of the Consultative Committee, validate a list of candidates for the office of the President, which is then delivered to the General Assembly for vote.

16. The Board normally meets once every three years during the World Sanskrit Conference, followed by a meeting with the Consultative Committee, and a meeting of the General Assembly. Additional meetings may be convened, if need be. The minutes of all meetings are signed by the President and the Secretary General; they register the decisions taken by the Board.

17. The authority to administer the Association is vested in the Board; in specific instances, the Board may temporarily delegate authority to one or more office-bearers.

18. The President convenes and presides over the meetings of the General Assembly. With the approval of the Board, the President is authorized to represent the Association in civil or legal matters.

19. In case of absence or incapacity, the President is replaced by a member of the Board.

22. The General Assembly of the Association is composed of members in good standing.

23. The General Assembly receives for their approval all reports presented by the President, the Secretary General, and the Treasurer on their respective activities. Members may propose matters related to the administration, activities, and policies of the Association for discussion.

24. Decisions at the General Assembly are taken by the majority of voting members. They are recorded in the minutes approved by the President and the Secretary General.

C. MODIFICATION OF THE STATUTE AND DISSOLUTION

26. The Statute can be modified only by an extraordinary session of the General Assembly called specially by the Board for this purpose. A quorum of at least half of the members in good standing is required.

27. A two-thirds majority of voting members is required to approve the modification of the Statute.

29. If the Association be dissolved, its financial assets will revert to a recognized not-for-profit international association to be used for the continuation of activities that are compatible with those of the Association.

30. The Board, if it so wishes, may publish by-laws and interior regulations of the Association which determine detailed conditions for the application of the Statute and the good functioning of the Association.

31. The President is charged with the fulfilment of the necessary formalities for the constitution of the Association or the modification of the Statute.