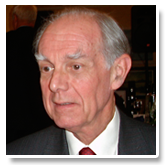 John Brockington is emeritus Professor of Sanskrit at the University of Edinburgh, U.K., he was Secretary General from 2000 to 2012 and is now a Vice-President of the IASS, and is the author or editor of several books and numerous articles, mainly on the Sanskrit epics and the history of Hinduism. He is the author of The Sacred Thread: Hinduism in its continuity and diversity (2nd edn 1996), Righteous Rama: the evolution of an epic (1985), Hinduism and Christianity (1992), The Sanskrit Epics (1998), A Descriptive Catalogue of the Sanskrit and other Indian Manuscripts of the Chandra Shum Shere Collection in the Bodleian Library, Part II, Epics and Purāṇas (1999) and Epic Threads: John Brockington on the Sanskrit Epics (2000); he is the translator with Mary Brockington of Rāma the Steadfast: An Early Form of the Rāmāyaṇa (2006).